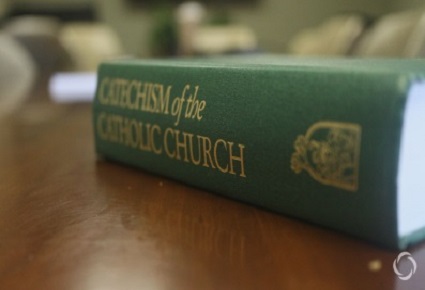 Setting aside the problematic matter of citing a papal speech as a dogmatic source (papal speeches are of very low levels of authority, generally not sufficient to stand on their own as sources of dogma), Francis’s invocation of “development” of moral conscience for this change is alarming. Even if moral conscience can develop in society—which I would argue it can and does—it does not follow that the Church’s moral teaching can change. Historically, the Church’s moral teaching worked as a corrective on the tendencies of society. The Church’s moral sensibilities were responsible for the elimination of slavery, gladiatorial combat, and infanticide at the close of the classical age. The Church is supposed to function like leaven in the world. But in Pope Francis’s vision, we have an opposing situation, one where the changing mores of the secular world are supposed to inform the Church’s vision. The world becomes the leaven within the Church, by which the Church gradually adopts its principles to conform with the spirit of the age.

Any Catholic who understands even the most rudimentary aspects of the Faith should see the danger here. The Catechism is not supposed to be a policy statement of the Church’s zeitgeist for a current year; rather, it is supposed to be a summary of the Church’s central tenets, summarized for ease of understanding by the faithful. What constitutes these central tenets of the Faith is not picked out of thin air; rather, it is a coherent body of truth that has been summarized, defined, and proposed for the faithful many times throughout the history of the Church. In other words, recourse to traditional sources of Catholic dogma, such as the teachings of the Councils, authoritative pronouncements of the popes, writings of eminent saints and theologians, and so forth.

The 1992 universal Catechism does not exist in a vacuum. Many catechisms have existed prior to 1992, the most notable and authoritative being the Roman Catechism that came out of the Council of Trent. If the catechisms of the Church, both universal and local, are meant to be faithful summaries of the Church’s tradition. Given this, what did catechisms prior to the 1992 Catechism say on the death penalty?

The following sources (with the exception of the citation from Bellarmine) were compiled by Dr. Peter Kwasniewski for his lecture “What Good is a Changing Catechism?”

Another kind of lawful slaying belongs to the civil authorities, to whom is entrusted the power of life and death, by the legal and judicious exercise of which they punish the guilty and protect the innocent. The just use of this power, far from involving the crime of murder, is an act of paramount obedience to the commandment that prohibits murder. For the end of the commandment is the preservation and security of human life. Now the punishments inflicted by the civil authority, which is the legitimate avenger of crime, naturally tend to this end, since they give security to life by repressing outrage and violence. Hence these words of David: “In the morning I put to death all the wicked of the land, that I might cut off all the workers of iniquity from the city of the Lord” (Ps 100:8).

What is the fifth Commandment of God? Thou shalt not kill. That is to be understood: thou shalt not without just authority kill or hurt any man in body or in soul. And therefore both the Judge in the commonwealth does lawfully put offenders to death, or otherwise punish them bodily, and the Bishop does lawfully excommunicate wicked or disobedient persons, for the preservation of peace and tranquility in the commonwealth, and in the Church.

In the fifth, it is commanded that we kill nobody unjustly, nor do them other harm in their person: and I say unjustly, because Judges who condemn malefactors to death, and the ministries of justice, who put them to death, and also soldiers in just war, do not sin whilst they wound and kill.

Yes, in a just war, or when public justice requires it: “For the magistrate beareth not the sword without cause” (Rom 13:4). As also in the blameless defence of our own, or our innocent neighbour’s life, against an unjust invader.

Human life may be lawfully taken (1) in self-defense, when we are unjustly attacked and have no other means of saving our own lives; (2) in a just war, when the safety or rights of the nation require it; (3) by the lawful execution of a criminal, fairly tried and found guilty of a crime punishable by death, when the preservation of law and order and the good of the community require such execution.

It is lawful to kill when fighting in a just war; when carrying out by order of the Supreme Authority a sentence of death in punishment of a crime; and, finally, in cases of necessary and lawful defense of one’s own life against an unjust aggressor.

The fifth Commandment forbids all wilful murder, fighting, quarrelling, and injurious words; and also scandal and bad example. Wilful murder is one of the sins crying to heaven for vengeance. Suicide, which is self-murder, is forbidden by this commandment. Also the direct deliberate killing of an unborn child. But it is not murder when the State executes a criminal; it has the right to do so. Nor is it murder when the State orders its armed forces to kill the enemy in a just war. And one may always kill in self-defence, when there is no alternative.

Considering the historical testimony of the Church’s various catechisms going back to the Tridentine period, it is clear why Pope Francis’s amended Catechism passage does not cite any of these other sources—if it did, it would become clear that, contrary to his statement that the Church’s teaching did not change, it would be evident that he is, in fact, ignoring the historical testimony of the Church as found in her catechisms and replacing it with a novelty.