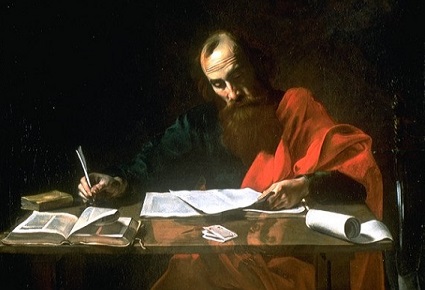 Few passages from the documents of Vatican II have been the cause of more dispute than eleventh chapter of the Second Vatican Council’s Dogmatic Constitution on Divine Revelation (Dei Verbum). The passage states that the Bible “teaches, without error that truth which God wanted put into the sacred writings for the sake of our salvation.”

As we know, this passage is universally misapplied by modern Scripture scholars to mean that only those things pertaining to salvation can be considered to be truly inspired. Nor is this interpretation made by liberal or modernist scholars either; otherwise orthodox Catholic Scripture scholars read the document the same way. Back when I was at Ave Maria, our professor of Sacred Scripture (who happened to be the Academic Dean and is still employed by AMU) had us read Dei Verbum and told us that only those parts of the Scriptures that pertained to faith and morals could be considered inspired, and therefore infallible. When I objected and stated that he was misinterpreting Dei Verbum 11, he looked at me blankly and said that he was “not aware of any other interpretation.”

Reading any of the other pre-Vatican II Magisterial documents that discussed Scripture study would have put the passage in context; apparently this professor had never read them. When we read other documents, especially Providentissimus Deus of Leo XIII, we see that the correct way to interpret Dei Verbum‘s “for the sake of our salvation” passage is that the Bible is immune from error in everything it says, and everything it says God wanted there for the sake of our salvation.

Modern interpretation tends to favor a narrower scope for infallibility: that the Bible is immune from error in so far as it teaches about salvation, but can err when it treats of other topics. By the way, lest we think that this narrower interpretation of inspiration is not as widespread as I am making it out to be, we need only look to Benedict XVI’s 2008 Synod on the Word of God and their working document, “The Word of God in the Life and Mission of the Church.” In this document, in which the Synod proposed to “rediscover Dei Verbum” (1), we see the following restatement of Dei Verbum 11 on the topic of inspiration:

…with regards to what might be inspired in the many parts of Sacred Scripture, inerrancy applies only to ‘that truth which God wanted put into sacred writings for the sake of salvation’ (2).

If Dei Verbum 11 is problematic, then this Synodal passage is downright useless. With such qualifying statements as “might” and “only”, we are left wondering if there is any way to tell what is inspired and what isn’t. Clearly, the Synod was leaning more towards the liberal interpretation of Dei Verbum. Thankfully this awful document never turned into an encyclical, but it stands as a sober reminder of how widespread this narrow view of inspiration is in the Church. While I have already dealt elsewhere with the proper understanding of the “for the sake of our salvation” passage, it remains to be explained what the Council Fathers were thinking exactly when they chose this phrase, “for the sake of our salvation.” To get an insight into this, we can turn to the memoirs of Augustin Cardinal Bea, primary author of Dei Verbum. Thankfully, Bea spoke at length about the drafting of Dei Verbum in his memoirs. Regarding the drafting of the document, he says:

An earlier schema (the third in succession) said that the sacred books teach ‘truth without error’. The following schema, the fourth, inspired by words of St. Augustine, added the adjective ‘saving’, so that the text asserted that the Scriptures taught ‘firmly, faithfully, wholly and without error the saving truth.’ In the voting which followed one hundred and eighty-four council fathers asked for the adjective ‘saving’ to be removed, because they feared it might lead to misunderstandings, as if the inerrancy of Scripture referred only to matters of faith and morality, whereas there might be error in the treatment of other matters. The Holy Father, to a certain extent sharing this anxiety, decided to ask the Commission to consider whether it would not be better to omit the adjective, as it might lead to some misunderstanding. (3)

Bea then proceeds to raise the question: “Does the inerrancy asserted in this document cover also the account of these historical events?”, which he answers:

For my own part I think that this question must be answered affirmatively, that is, that these ‘background’ events also are described without error. In fact, we declare in general that there is no limit set to this inerrancy, and that it applies to all that the inspired writer, and therefore all that the Holy Spirit by his means, affirms…This thought, which re-occurs in various forms in the recent documents of the Magisterium of the Church is here clearly understood in a sense which excludes the possibility of the Scriptures containing any statement contrary to the reality of the facts. In particular, these documents of the Magisterium require us to recognize that Scripture gives a true account of events, naturally not in the sense that it always offers a complete and scientifically studied account, but in the sense that what is asserted in Scripture —even if it does not offer a complete picture—never contradicts the reality of the fact. If therefore the Council had wished to introduce here a new conception, different from that presented in these recent documents of the supreme teaching authority, which reflects the beliefs of the early fathers, it would have had to state this clearly and explicitly. Let us now ask whether there may be any indications to suggest such a restricted interpretation of inerrancy. The answer is decidedly negative. There is not the slightest sign of any such indication. On the contrary everything points against a restrictive interpretation. (4)

From Cardinal Bea’s commentary we can see that the use of the adjective “saving” was considered too ambiguous; unfortunately, the final phrase, “for the sake of our salvation” (nostrae salutis causa) proved equally problematic. We see that the use of this concept of “saving truth” was disputed from the very beginning.

This idea, though open to misinterpretation, is certainly not unorthodox, however. The Council Fathers probably had in mind the doctrine of St. Thomas Aquinas, who says in the very first article of the Summa:

It was necessary for man’s salvation that there should be a knowledge revealed by God besides philosophical science built up by human reason. Firstly, indeed, because man is directed to God, as to an end that surpasses the grasp of his reason: “The eye hath not seen, O God, besides Thee, what things Thou hast prepared for them that wait for Thee” (Isaiah 64:4). But the end must first be known by men who are to direct their thoughts and actions to the end. Hence it was necessary for the salvation of man that certain truths which exceed human reason should be made known to him by divine revelation. Even as regards those truths about God which human reason could have discovered, it was necessary that man should be taught by a divine revelation; because the truth about God such as reason could discover, would only be known by a few, and that after a long time, and with the admixture of many errors. Whereas man’s whole salvation, which is in God, depends upon the knowledge of this truth. Therefore, in order that the salvation of men might be brought about more fitly and more surely, it was necessary that they should be taught divine truths by divine revelation. It was therefore necessary that besides philosophical science built up by reason, there should be a sacred science learned through revelation.  (5)

This is what Dei Verbum was getting it—it is not the specifically the content of Scripture it refers to when it says “for the sake of our salvation,” but the fact of Divine Revelation: because God willed to save us, He graciously and condescendingly chose to impart to us such truths as we could not have known without His revealing them to us. Of course, the content of Divine Revelation is salvific as well, but the context of the passage is referring not to Revelation’s content but to Revelation as a mode of transmission.

For though, absolutely speaking, human reason by its own natural force and light can arrive at a true and certain knowledge of the one personal God, Who by His providence watches over and governs the world, and also of the natural law, which the Creator has written in our hearts, still there are not a few obstacles to prevent reason from making efficient and fruitful use of its natural ability. The truths that have to do with God and the relations between God and men, completely surpass the sensible order and demand self-surrender and self-abnegation in order to be put into practice and to influence practical life. Now the human intellect, in gaining the knowledge of such truths is hampered both by the activity of the senses and the imagination, and by evil passions arising from original sin. Hence men easily persuade themselves in such matters that what they do not wish to believe is false or at least doubtful. It is for this reason that divine revelation must be considered morally necessary so that those religious and moral truths which are not of their nature beyond the reach of reason in the present condition of the human race, may be known by all mean readily with a firm certainty and with freedom from all error.” (6)

Once again, what is necessary for our salvation is the fact of Divine Revelation—because man is incapable of coming to the fullness of the truth with certainty by his own unaided reason, God has made a revelation of Himself to mankind, in the Scriptures but ultimately in the Person of Christ; the giving of this revelation was done “for the sake of our salvation.”

The memoirs of Cardinal Bea, the teaching of Aquinas and the words of Pope Pius XII, coupled with the teachings of other popes on the issue of inspiration, should give us no doubt as to the true interpretation of Dei Verbum 11. Thus we can unhesitatingly affirm with Pope Leo XIII that:

It is absolutely wrong and forbidden either to narrow inspiration to certain parts only of Sacred Scripture or to admit that the sacred writer has erred… For all the books which the Church receives as Sacred and Canonical are written wholly and entirety, with all their parts, at the dictation of the Holy Ghost; and so far is it from being possible that any error can coexist with inspiration, that inspiration not only is essentially incompatible with error, but excludes and rejects it as absolutely and necessarily as it is impossible that God Himself, the Supreme Truth, can utter that which is not True. This is the ancient and unchanging Faith of the Church… [T]hose who maintain that an error is possible in any genuine passage of the sacred writings, either pervert the Catholic notion of inspiration, or make God the author of such error. (7)