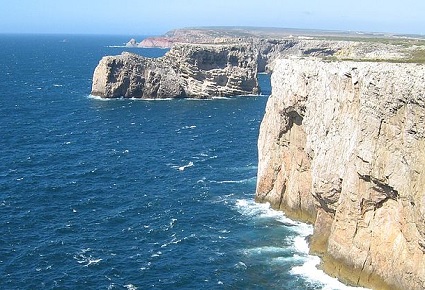 One of the strangest tales of eschatological hysteria in the Roman world in the early 5th century comes from the Ecclesiastical History of Socrates Scholasticus, also known as Socrates of Constantinople. Socrates was a contemporary of the Sozomen and Theodoret, the other two great historians of the age, and wrote extensively on the religious affairs of the Eastern Roman Empire. In Book VII, Chap. 38 of the Ecclesiastical History, we read of the mass conversion of Jews on the island of Crete due to the delusions of a zealous preacher.

The Jews of Crete

The Jewish community of Crete was one of the oldest diaspora communities, dating back to the 4th century B.C. when Jews of Palestine settled there after the conquest of Judea by Alexander the Great. More arrived as exiles during the Maccabean Revolt, with others coming from Egypt as well. The center of Cretan Judaism was the city of Gortyna; the Old Testament book of 1 Maccabees 15:23 mentions Gortyna as one of the cities that was sent a copy of the Roman Senate’s treaty with the Hasmoneans.

By the time the Romans conquered Crete in the 1st century B.C., Jewish enclaves were found throughout the island: Gortyna, Kissamos, Hania, Rethymnon, Knossos and Sitia all boasted large Jewish settlements. Philo of Alexandria (25 B.C.-50 A.D.) said in his day all of the larger Greek islands, were full of Jewish settlements, especially Crete. So prevalent were the Jewish communities of Crete that the Roman historian Tacitus believed the Jews actually came from Crete. He wrote:

The Jews are said to have been refugees from the island of Crete who settled in the remotest corner of Libya in the days when, according to the story, Saturn was driven from his throne by the aggression of Jupiter. This is a deduction from the name Judaei by which they became known: the word is to be regarded as a barbarous lengthening of Idaei, the name of the people dwelling around the famous Mount Ida in Crete. (1)

The New Testament mentions the Jewish community on Crete (cf. Acts 2:11) When the an impostor arose in the 1st century claiming to be the son of King Herod and attempting to start a political movement with Jewish support, he did so among the Jews of Crete. Thus, the view we have of Cretan Judaism in the Roman Empire is of a populous, affluent, and politically consequential community. Incidentally, this Jewish community still exists to this day; they are known as Romaniote Jews, that is, Jews whose presence dates back to Greco-Roman times. They speak Yevanic, a Judeo-Greek dialect with certain Hebraic loan words.

The Fraud of Moses

Socrates Scholasticus says that in the 430s, a certain preacher emerged among the Cretan Jewish community claiming to be Moses reincarnated. (2) Socrates says this Moses was a charismatic speaker whose promises were extraordinary, for he said that he

had been sent from heaven to lead out the Jews inhabiting that island, and conduct them through the sea: for he said that he was the same person who formerly preserved the Israelites by leading them through the Red Sea. (3)

This “Moses” spent an entire year as an itinerant, traversing the Jewish settlements of Crete preaching his apocalyptic message. We can imagine that he must have been regarded with skepticism at first; most Cretan Jews had never seen the Holy Land, having dwelt in Crete for centuries. For the, Crete, not Israel, was home. But such was their affection for the land of their fathers—and such was the persuasive power of Moses—that he eventually convinced significant numbers of Jews to sell their lands and property in expectation of a miraculous crossing of the Mediterranean, walking back to Israel on dry land just as the Hebrews had come out of Egypt. Socrates relates:

He moreover bid them renounce their money and other property, pledging himself to guide them through a dry sea into the land of promise. Deluded by such expectations, they neglected business of every kind, despising what they possessed, and permitting any one who chose to take it. (4)

It is not unreasonable to surmise that something else may have played into this delusion. A popular interpretation of the Talmud had calculated the return of the Messiah to occur in the year 440. (5) Given that Moses’s preaching occurred sometime in the 430s, we may presume that there was a general sense of Messianic expectation among Jewish communities of the time, lending credibility to Moses’s claims to be a divine agent tasked with gathering the scattered Jews to return them to Israel ahead of the Messiah’s appearance. We also know that, at least in some Jewish sects, there was a belief that Moses would appear again at the end times alongside Elijah. (6) Therefore, Moses’s preaching may have been part of a larger eschatological strain within early 5th century Judaism.

The Moment of Truth

Finally, the appointed day arrived when this new Moses was to lead the Cretan Jews across the sea dry shod to the Holy Land. Socrates depicts that day as a kind of procession, Moses assuming the role of a pied piper leading an orderly exodus from the Jewish settlements of Crete:

When the day appointed by this deceiver for their departure had arrived, he himself took the lead, and all followed with their wives and children. (7)

The moment of truth arrived when they came to the seacoast. It was not merely a moment of testing the veracity of Moses’s promises, but of the devotion of the faithful, for Moses prescribed a test of faith that would cost them everything:

He led them therefore until they reached a promontory that overhung the sea, from which he ordered them to fling themselves headlong into it. (8)

We can imagine the hesitation of the Jews as they stood upon the cliffside, staring off at the sea, weighing the promises of Moses against their fear and the testimony of common sense. Finally, a few zealous souls stepped forward and flung themselves off the precipice. Those who did so were immediately dashed to pieces upon the rocks, or drowned. A few, however, survived, and were rescued by some Christian fishermen who happened to be in their boats. When the Christians heard what was going on, Socrates says they alerted the remaining Jews to the fate of those who had leaped:

These [Christian fishermen] drew out and saved some that were almost drowned, who then in their perilous situation became sensible of the madness of their conduct. The rest they hindered from casting themselves down, by telling them of the destruction of those who had taken the first leap. (9)

The reality of their brethren’s gruesome deaths must have shocked the Jews to their senses, the depths of their credulity suddenly dawning upon them. Blame immediately turned against their would-be prophet, but he had prudently made his get away during the commotion:

When at length the Jews perceived how fearfully they had been duped, they blamed first of all their own indiscreet credulity, and then sought to lay hold of the pseudo-Moses in order to put him to death. But they were unable to seize him, for he suddenly disappeared which induced a general belief that it was some malignant fiend, who had assumed a human form for the destruction of their nation in that place. (10)

The Conversion of the Jews

Recall that Socrates’ original purpose in relating this story was to explain why a substantial number of Cretan Jews had abandoned Judaism and embraced Christianity. No doubt, as often happens when pious folk are deluded by smooth-talking fraudsters, those who had been taken in by the deception had their faith severely shaken. Some certainly shuffled back to their Synagogues and attempted to put their lives back together, but others found Judaism no longer palatable and embraced Christianity instead. Socrates records:

About this period a great number of Jews who dwelt in Crete were convened to Christianity…In consequence of this experience many of the Jews in Crete at that time abandoning Judaism attached themselves to the Christian faith. (11)

Robert Louis Wilken, the Professor Emeritus of the History of Christianity at the University of Virginia, comments on this episode in his book The Land Called Holy. Wilken notes that the episode demonstrates that even though more than three centuries had passed since the destruction of the Jewish Temple and the ejection of Jews from Jerusalem, there was still a burning desire among diaspora communities for a return, the “gathering of Israel,” or Kibbutz Galuyot awaited longingly by Jews across the empire. As Wilken says:

“…fifth century Jews living in the diaspora yearned to return to the land of Israel and would enthusiastically follow a leader who promised to lead them home.” (12)

Unfortunately for the Jews of Crete, their longing caused them to fall prey to a charlatan.

Whatever we may think about the outlandish nature of Moses’s promises, we should not be tempted to look with disdain upon the Jews who believed him. Within the Catholic faith we have frequently witnessed persons deluded by charlatans whose promises are no less ridiculous. It is not a special prerogative of Judaism to beget delusion; rather, being deluded is a common fate of the gullible in general.