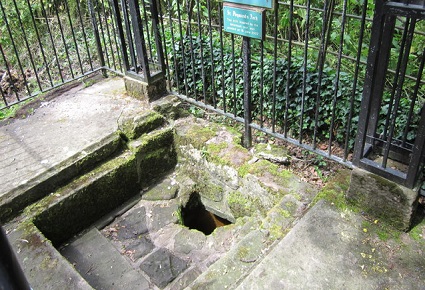 Plegmund was Archbishop of Canterbury during the latter reign of King Alfred the Great. Originally from Mercia, he may have been a hermit before he became archbishop in 890. As archbishop, he reorganized the Diocese of Winchester, creating four new sees, and worked with other scholars in translating religious work and was venerated as a saint shortly after his death.

Little is known of the early life of Plegmund except that he was of Mercian descent. A later tradition stated that Plegmund lived as a hermit at Plemstall in Cheshire. His reputation as a scholar attracted the attention of King Alfred, who was at the time nurturing a literary revival at the Anglo-Saxon court. Some time before 887, Alfred summoned Plegmund to his court at Winchester. There he worked with three other scholars, Wærferth (Bishop of Worcester), Æthelstan, and Wærwulf in working on translating Pope Gregory the Great’s treatise Pastoral Care into Old English, one of the most important translations commissioned under Alfred’s reign.

Pleased with his work and holiness, King Alfred nominated Plegmund to succeed to the See of Canterbury in 890. Plegmund’s election to the Archbishopric of Canterbury is recorded in the Anglo-Saxon Chronicle: “Here Archbishop Plegmund was elected by God and all the people.” Fulk, Archbishop of Reims, praised the election of Plegmund, stating that he would help root out the last remnants of paganism in the people.

There was, however, a mysterious gap in time between the death of the previous Archbishop of Canterbury, Ethelred, and the consecration of Plegmund; this may have been because the see had been offered to Grimbald, a Flemish monk and scholar, who refused it. Plegmund was granted his pallium by Pope Formosus, the same pontiff who was famously tried posthumously in the famous Cadaver Synod.

During Plegmund’s tenure, the structure of the medieval English Church had not been substantially modified since the days of the missionaries. Plegmund sought to reform the structure of the Church to make administration more efficient and increase the authority of the See of Canterbury. Between 909 and 918 he created new sees within the existing Diocese of Winchester in Crediton, Ramsbury, Sherborne, and Wells. This meant that each future shire of Wessex had its own bishop; of Crediton for Devon and Cornwall, of Ramsbury for Wiltshire, of Sherborne for Dorset, and of Wells for Somerset, as well as the diocese of Winchester for Hampshire. To do this, Plegmund had to gain the approval of Pope Sergius III, who had annulled all of the acts of Pope Formosus. This was problematic, for the nullification of the acts of Formosus also nullified the appointment of Plegmund to his see, which necessitated Plegmund travelling to Rome in 908 so that he could be regranted his pallium by Sergius III. Plegmund was the first archbishop of Canterbury to visit Rome for nearly a century, and he returned with the relics of Saint Blaise.

Under Plegmund’s leadership, the quality of the Latin used by his scribes improved, surpassing the poorer quality used by the scribes of the previous two archbishops. When Alfred died in 899, Plegmund presided at the coronation of his son, Edward, as king. In addition to his religious duties, Plegmund was involved in matters of state and he attended the formal councils held by Edward the Elder in 901, 903, 904 and 909. He dedicated the tall tower of the New Minster at Winchester in 909.

After a life full of apostolic labors, Plegmund died on 2 August 923. After his death Plegmund was venerated as a saint, with a feast day of August 2nd. However, there is little evidence of his cult before the 13th century. To this day there exists a well in Cheshire called “St. Plegmund’s Well” which is believed to be located near the site where the saint lived as a hermit before his elevation to the See of Canterbury (see below).