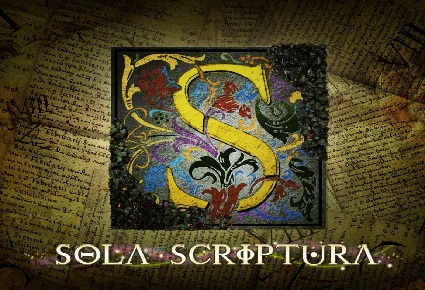 Anyone who has read the scholarly works by Protestant apologists knows how readily they turn to the venerable St. Augustine of Hippo to find support for evangelical theology. Many Protestants, from Martin Luther to Adolf Harnack, held Augustine in great esteem and saw in him a pre-Reformation reformer. The Protestant Confession of Augsburg (1530) in Article 20 cites Augustine as a supporter of the Protestant doctrine of Sola Fide: “Augustine, in many volumes, defends grace and the righteousness of faith, over against the merits of works.” Calvin quoted Augustine more than any other theologian. Indeed, Augustine is almost universally praised by the intellectual Protestant world as a type of proto-Protestant. No such Protestant love is showed for saints like Cyprian, Athanasius or Gregory the Great. What accounts for this? From whence comes this Protestant affection for St. Augustine?

To a Catholic, this must seem especially confusing, since we venerate Augustine as one of the Four Western Doctors of the Church and one of the greatest defenders of Catholic orthodoxy in Church history. Why then do Protestants make such use of him?

The following reflects my own opinion based on my familiarity with Protestant authors, but I think it has merit: It appears Augustine is popular with Protestant scholars for two reasons:

First, because of Augustine’s tremendously imposing corpus of writing, it is difficult for the layman to comprehend the whole of Augustine’s work and get a balanced view on his beliefs on issues such as faith, grace, and biblical inspiration. It is worth pointing out that a few other heretical groups (notably the Jansenists) also marshalled Augustine in support of their heterodox teachings. This is compounded by the fact that Augustine modified some of his beliefs over time, as we see in his Retractions. This means that there is a greater likelihood that Augustine can be misunderstood. It is easy to pull things from St. Augustine without the benefit of the full context of his beliefs.

Second, we could cite the fact that, even within this body of work, Augustine’s thought on these issues is so much more developed than any of the Fathers who came before him that, as Peter said of St. Paul’s writings, “there are some things in them hard to understand, which the ignorant and unstable twist to their own destruction” (2 Pet. 3:16). This means that one cannot do adequate justice to Augustine’s thought by pulling out little snippets and proof-texts to make a point. This is especially true of all the Fathers, but especially of Augustine.

Unfortunately, out-of-context citation and off the cuff “proof-texting” are usually what Protestants do when working with St. Augustine. This article deals particularly with this issue in regards to the Protestant doctrine of sola scriptura. The examples in Protestant literature are manifold: some of the usual suspects are On the Good of Widowhood (c. 413) and On the Unity of the Church (c.405), in which quotes from Augustine are vacuumed out of their original context to suggest support for the Protestant belief that the Bible alone is the sole source of authority in doctrine and morals.

In this article, we will look at just one example of this, a text pulled from Letter 82 of St. Augustine to St. Jerome (c. 405) dealing with some questions about St. Paul’s keeping of some ritual traditions of the Jewish law. In Chapter 1:3 of this letter, Augustine says,

For I confess to your Charity that I have learned to yield this respect and honor only to the canonical books of Scripture: of these alone do I most firmly believe that the authors were completely free from error.

Later in this same letter, St. Augustine reiterates this point and adds that he is

bound to yield such implicit subjection as to follow [the Scriptures’] teaching, without admitting the slightest suspicion that in them any mistake or any statement intended to mislead could find a place.

These quotations have been frequently used as evidence that Augustine taught sola scriptura. But do they really prove this? To understand Augustine’s views on Divine Revelation, it is not sufficient to see a few comments about the Bible. We need to understand how Augustine viewed the Bible interacting with Sacred Tradition.

As is usually the case with instances of Protestants attempting to quote the Fathers against the Church, this example is one of a text being pulled out of context. St. Augustine certainly does not believe in sola scriptura; this can be proved easily by several other citations from Augustine in which he upholds the authority of Tradition. For example:

But in regard to those observances which we carefully attend and which the whole world keeps, and which derive not from Scripture but from Tradition, we are given to understand that they are recommended and ordained to be kept, either by the apostles themselves or by plenary [ecumenical] councils, the authority of which is quite vital in the Church (Letter to Januarius (54) 1,1).

In his reply to the Donatists on the subject of infant baptism, he says:

The apostles, indeed, gave no injunctions on the point; but the custom [of infant baptism]… may be supposed to have had its origin in apostolic tradition, just as there are many things which are observed by the whole Church, and therefore are fairly held to have been enjoined by the apostles, which yet are not mentioned in their writings.” (Baptism, 5,23)

There is a plentiful reservoir of quotes from Augustine that demonstrate beyond doubt that he firmly believed in the authoritative nature of the Church’s Tradition and did not hold anything close to a Protestant belief in sola scriptura.

Such quotations from St. Augustine’s other works allow us to get a more well-rounded look at his teaching and establish firmly that Augustine did not believe that the the Bible alone is the sole source of authority for a Christian.

We have not, however, dealt with the original quote from his 82nd letter where St. Augustine says, “For I confess to your Charity that I have learned to yield this respect and honor only to the canonical books of Scripture: of these alone do I most firmly believe that the authors were completely free from error.” If Augustine does not teach sola scriptura in this passage, then what exactly is he getting at?

The Meaning of Augustine’s Letter 82

In the paragraph immediately preceding the cited text, St. Augustine is discussing with St. Jerome the fittingness of using the word ludamus (“let us amuse ourselves”) in their debate over the interpretation of Scripture. Augustine says that it is good that they keep their debate in a friendly tone, so that there is no fear of offending one other by harsh words. But he goes on to say that he would not be offended if Jerome argued against him, for it is not to Jerome the man but to the Scriptures that Augustine yields authority in these matters. The complete quotation reads:

You ask, or rather you give a command with the confiding boldness of charity, that we should amuse ourselves in the field of Scripture without wounding each other…On such terms we might amuse ourselves without fear of offending each other in the field of Scripture, but I might well wonder if the amusement was not at my expense. For I confess to your Charity that I have learned to yield this respect and honor only to the canonical books of Scripture: of these alone do I most firmly believe that the authors were completely free from error” (Letter 82:1, 2-3).

So we see, Augustine is not setting up an opposition between Church Tradition and Sacred Scripture; he is merely saying that if it comes down to taking the word of Jerome, another bishop just as himself, or the Scriptures, he will yield to the Scriptures instead of to the opinions of a private theologian. This is still the Church’s position today: Church dogma, whether it is found in Scripture or Tradition, trumps the views of private theologians.

As is often the case, the problem is one of context. When we read the entirety of St. Augustine’s letter, we see that he is saying nothing at all about the authority of Scriptures at the expense of Church Tradition or Church authority. He merely asserts that the Bible is to be preferred to the opinions of a private individual, which the Church would agree with.

The ultimate problem is that the Protestant who attempts to use this citation to debunk the Catholic position does not really care what Augustine is getting at; they have no intention of understanding the subtleties of Augustine’s thought, only of attacking the Catholic position. A verse that seems to support the Protestant position is found, and then wrenched out of context to be used to attack the very Church Augustine loved and defended.

Furthermore, if Protestants do insist that St. Augustine was really a proto-reformer, then they picked a very bad choice, because it was this same Augustine who said of the Roman Catholic Church:

This same is the holy Church, the one Church, the true Church, the catholic Church, fighting against all heresies: fight, it can: be fought down, it cannot. As for heresies, they went all out of it, like as unprofitable branches pruned from the vine: but itself abides in its root, in its Vine, in its charity. “The gates of hell shall not prevail against it” (On the Creed: Sermon to Catechumens (14) c. 395)

When one really takes the time to dig into the works of Augustine, or any of the Church Fathers, it becomes easily apparent that they did not believe in anything even close to the Protestant notion sola scriptura. Don’t be taken in by the novel idea that Augustine, Athanasius or any of the Church Fathers believed in the doctrines of Luther and Calvin. It simply isn’t so.