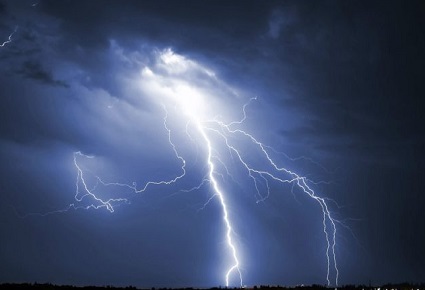 August 10th, 1792, has been called the day the devil entered the Kingdom of France. On that day, the Jacobin commune stormed the Tuileries Palace in Paris. The Jacobins massacred 600 Swiss guards who had surrendered, and then killed the king’s entire personal staff (cooks, maids, etc.) before proceeding to arrest Louis XVI at the Legislative Assembly building. The day marked the formal end of the French monarchy, the beginning of the radical Revolution, and inaugurated the period known as the Reign of Terror, which was marked by the massacre of clerics and religious throughout the kingdom and the attempted overthrow of the Christian religion. As we all know, many of the evils of the modern age trace their origin to the Revolution, and the radical Revolution to this sorrowful day. If there was a moment when “the smoke of Satan” entered he Church’s Eldest Daughter, it would be August 10th, 1792.

Interestingly enough, the day of these tumultuous events was also the date of a fierce summer storm of uncommon magnitude which exploded over Paris and struck many churches in the city with lightning, melting and destroying several of the iron crosses which topped the churches of the city. According to one eye-witness, the lightning seemed to have been mysteriously targeting the symbols of the Christian faith:

Now, at that moment, a fearful storm, such as had never been seen, burst over Paris. All day a heavy, dead heat had stifled respiration. Gloomy clouds, marbled, towards evening, with sinister looking streaks, had appeared to engulf the sun in a suspended ocean. Towards ten o’clock the electricity discharged itself by thousands of flashes of lightning, like luminous palpitations of the heavens. The winds, imprisoned behind that ridge of clouds, burst forth, roaring like the waves, bending the harvests, breaking the branches of the trees, and carrying away roofs of dwellings. The rain and hail rang on the ground as if the Earth were being stoned from above. The houses were closed, the streets and roads deserted in an instant. The lightning, which, during eight successive hours, did not cease to flash and strike, killed a great number of those men and women who came during the night to provision Paris. Some of the sentinels were found struck amidst the ashes of their sentry boxes. Iron gates, twisted by the wind and the fire of Heaven, were torn from the walls to which they had been fastened by hinges, and carried an incredible distance. Montmartre and Mont Valerien, the two natural domes which rise above the horizon of the suburbs of Paris, discharged in greater surface the fluid accumulated in the clouds which enveloped them. The lightning, attacking by preference all those monuments standing alone or crowned with iron, threw down all the crosses erected in the country, on the roads and cross-roads, from the plain of Issy to the woods of St. Germain and Versailles, even to the cross of the bridge of Charenton. The next day the limbs of those crosses were everywhere scattered over the ground, as if an invisible army had, in its passage, overthrown all the repudiated signs of Christian worship. (1)

It is obviously a scientific truth that the iron crosses perched so high upon the steeples of Paris’ famous churches served as natural lightning rods. But the intensity of the storm, coupled with its precise timing, led some to conclude that the terrible spectacle of nature was a sign of God’s displeasure with the turn of events in France—or that it was a sign of the Fallen Angels returning to Paris to set up their dominion there.

The above quote is found in the writings of the famous French cleric of the late 19th century, Msgr. Jean-Joseph Gaume. Usually precise about his citations, it is unfortunate that the Monsignor did not cite the origin of this quote. He says only that it comes from the account of a “contemporary historian.” It would be interesting to read more about this uncommon storm which struck Paris with a vengeance the very night they dethroned their king and hurled the signs of the Christian faith to the ground with an almost diabolical intelligence.