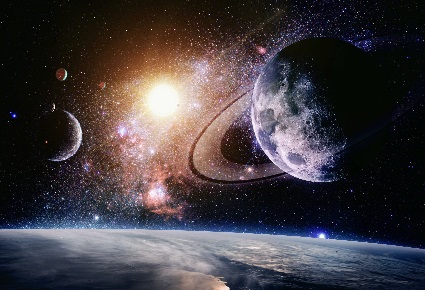 In June 2016, an article appeared in the New York Times addressing the question of the possibility of extraterrestrial life in the universe. The article, entitled “Yes, There Have Been Aliens,” was written by University of Rochester astrophysicist Dr. Adam Frank. In this article, Dr. Frank promoted a hypothesis arguing conclusively that advanced alien civilizations have definitely existed in the universe, even if none exist at this moment. The basis of this argument is not the empirical evidence of any such advanced civilization, but rather an exercise in statistics derived from the probable number of exoplanets outside our solar system. Using this calculus, Dr. Frank and his associate argue that over a trillion— yes, trillion—advanced civilizations have existed in the universe. Dr. Frank does not mean a trillion planets featuring life, but a trillion advanced, technological civilizations (where “advanced technological civilization” is defined as one capable of emitting a radio signal).

The Question of Alien Life

The question of alien life draws varied responses from Christians. Some insist that divine revelation necessitates that the human race be the only sentient civilization in the universe, usually based on issues relating to original sin, the Incarnation, and the redemption won by Christ. Other Christians have argued that alien life, even intelligent alien life, could certainly exist. Advocates have even put together interesting theories and thought experiments of how the truths of Christianity would apply to intelligent alien races. C.S. Lewis’ Space Trilogy is a classic example of a Christian thinker taking seriously the idea that alien life is possible.

Given that, I still find Dr. Frank’s theory objectionable, albeit not because he asserts alien life exists. Rather, my objection centers on the ease with which Dr. Frank believes advanced life can come into existence and the unwarranted leap he makes between the mere existence of habitable planets and the development of an advanced civilization.

Dr. Frank begins his article by noting that the plausibility of life on other planets has typically been discussed in the context of something called the “Drake Equation.” The Drake Equation is a kind of calculus that scientists use to quantify the probability of alien life:

Among scientists, the probability of the existence of an alien society with which we might make contact is discussed in terms of something called the Drake equation. In 1961, the National Academy of Sciences asked the astronomer Frank Drake to host a scientific meeting on the possibilities of “interstellar communication.” Since the odds of contact with alien life depended on how many advanced extraterrestrial civilizations existed in the galaxy, Drake identified seven factors on which that number would depend, and incorporated them into an equation.

Starting with a hypothesis of how many stars are born each year, then moving on to how many of those stars would have planets statistically, Dr. Frank comes to the conclusion that a trillion civilizations should have existed throughout the universe since its creation. Dr. Frank is so confident of the raw math here that he states:

In other words, given what we know about the number and orbital positions of the galaxy’s planets, the degree of pessimism required to doubt the existence, at some point in time, of an advanced extraterrestrial civilization borders on the irrational (2).

Thus, based on the data we now have, the Drake Equation makes the pessimism required to doubt the existence of some advanced civilization almost irrational. Or, conversely, it is eminently rational to assume not only that alien civilizations exist, but that there have been an almost infinite number of them.

Problems have been noted with the Drake Equation before: that it includes too many unknowns and too much conjecture; we could also note that, despite acknowledging that Drake’s Equation “was not a statement of universal law. It was a mechanism for fostering organized discussion” (3), Dr. Frank goes on to insist on the outcomes of his calculus with absolute certainty, as if we were dealing with absolute law.

Even so, the big problem comes with the fourth factor in Drake’s Equation, which is calculating the number of planets where life actually got started. This is a huge issue, because Dr. Frank’s article breezes over any discussion of the tremendous amount of factors that need to come into play for life to begin, even hypothetically.

What is necessary for life to begin? Carl Sagan famously said only two factors were necessary. But by 2006, the famous SETI project (Search for Extraterrestrial Intelligence) admitted that close to 200 factors were necessary, all of which needed to be present in the proper proportions. The odds of these factors coming together without any intelligent Creator are astonishingly low; for example, the probability that just 50 factors can all arrange themselves in the proper order and proportions is 1:3.0414093 x 1064, a number greater than all of the atoms in the universe. (4)

According to the most recent estimate in 2006, around 200 independent factors must come together for life to come into being on a planet. The probability that 200 factors can arrange themselves properly such that life can arise is 1 in the following number:

The probability that factor four of Drake’s Equation could happen on even one single planet is the ration of one to that number. This is a classic instance of statistical impossibility. Statistical impossibility refers to a situation where, although there remains a mathematical “chance” that something could occur, its probability is so low—and the odds against it so enormously high—that it really cannot be admitted as a possibility in any rational argument. Practically speaking, it is impossible.

It is a 1 followed by 22 zeros. Remember, Dr. Frank says any probability less than 1 in 10 billion trillion means we are probably the first advanced civilization. This is important, because this is the statistical threshold for factor five in the Drake Equation—the emergence of intelligent civilization.

That is all well and good, but Dr. Frank assumes we have successfully passed the fourth factor, the creation of life. And if we recall, the probability of passing the fourth factor was 1 in the number with 375 digits and 49 zeros. Breaking the threshold of probability for factor four is a statistical impossibility.

Dr. Drake argued that the amount of pessimism required to doubt that other advanced civilizations have emerged in the universe borders on irrationality, but this is so only if we ignore the grave statistical impossibility of life emerging to begin with. Reaching factors five, six, and seven are no problem once we get past four. The problem is getting past four is impossible, statistically speaking. Even in merely one instance, let alone trillions.

Again, this essay is not meant to attack the idea that there could be life on other planets. Rather, it is to protest against the common assumption of scientists that the emergence of life is something easier than it is. It is not something akin to a star being born or a volcano erupting, things that are uncommon but can be predicted with some sort of reliable statistic. Rather, it is something of a whole different order, fundamentally different in a qualitative sense. It is more akin to a miracle than a statistic, and explanations for the origin of life that rely exclusively on the arrangement of chemical factors without reference to a supernatural agent need to understand this. It must be taken into account before positing “trillions” of advanced civilizations across the universe.

(1) http://www.nytimes.com/2016/06/12/opinion/sunday/yes-there-have-been-aliens.html?_r=0
(2) ibid.
(3) ibid.
(4) Much of the information in this section comes from works cited in our article “Probability and Statistical Impossibility”