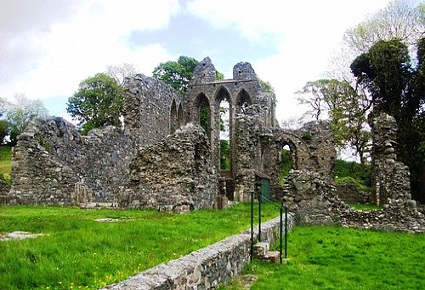 Fergus was descended the royal house of Coelbad, a pre-Christian King of Erin, and became a monk and then missionary abbot, constructing a monastery at Killmbain in County Down. He was later consecrated bishop and ruled the cathedral Church of Druimleithglais (Down), the reputed burial place of St. Patrick. St. Fergus most likely as its first bishop. Fergus died in 583 and his feast is celebrated on March 30th.

The See of Down was later occupied by the famous St. Malachy.