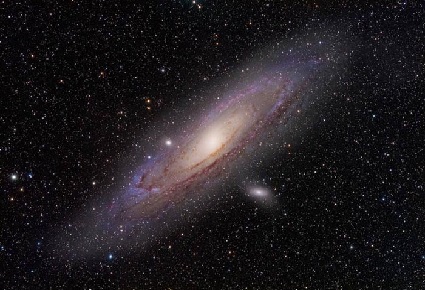 Atheist apologist Lawrence Krauss’s new book A Universe from Nothing takes the final leap in erecting a universe without God by positing the possibility that something truly can come from nothing without the intervention of an omnipotent Creator. Rather than the traditional understanding of “nothing” as absolute negation from which no effect can ever be caused (ex nihilo nihil fit), Krauss sees nothing as something that is dynamic and active, from which things not only can be spontaneously generated, but in fact have been and are constantly. In fact, the entire universe sprung into existence spontaneously from nothing and continues to do so, according to Krauss. Is this the death blow to theism? Far from it. In fact, as we shall see, Krauss can only reach these conclusions by radically redefining “nothing.”

Before looking at Krauss’s argument, we should remind ourselves what the concept of ex nihilo means in western thought. For the Greeks, and their Christian successors, nothing is the complete and total absence of anything real – I stick the qualifier “real” in there lest anyone try to play around by asserting that “nothing” is in fact filled with something – that something being nothing, as if nothing were a positive entity. But the point of defining nothing is precisely to establish that it is not any positive substance; it is the complete negation of any sort of existence whatsoever. If one is speaking positively about any sort of reality, then we do not really have nothing.

Krauss, however, adopts a much more restrictive definition of nothing. For Krauss, “nothing” is defined as the absence of particulate matter. It does not, however, rule out the existence of quantum fields. Krauss does not explain whee the quantum fields come from, or for that matter, why they should behave one way and not another – the whole theory presupposes the existence of certain predictable quantum laws. According to the quantum field theories, particles should be understood as realities that arise from certain arrangements of quantum fields. When arranged in a certain way, the fields do not produce matter; yet, arranged another way, matter emerges from the fields. This is what Krauss refers to as a “vacuum state”, a state in which the fields do not produce any particles. It is this state to which he assigns the definition “nothing.”

However, according to Krauss, these vacuum states are inherently unstable. The fields are constantly being rearranged and shifted, and because of this instability, it is almost inevitable that matter will be produced from them. This inherent instability in the quantum fields is Krauss’s answer to the perennial philosophical problem of why there is something rather than nothing.

The most serious critique of this theory is, of course, that Krauss is not really starting with nothing. He is starting with the existence of quantum fields that behave in a certain manner and suggesting that matter arises out of arrangements of these fields. But he is still presuming the fields and the laws that govern their existence, which is a far cry from nothing. “Nothing” would mean not only the absence of particulate matter but the absence of the fields as well. Nothing means nothing. Period.

David Albert, professor of philosophy at Columbia, put it well when, in his critique of Krauss’s book, he stated:

Krauss would retort that his opponents continually change the definition of nothing so that the criteria for what is in fact “nothing” can never be met. This is hogwash. Philosophers from Plato to Augustine to Aquinas to Descartes have all understood what “nothing” means. For Krauss to plead that the ground keeps shifting is disingenuous and betrays a shocking ignorance of the most basic principles of metaphysics that have come down to us from the Greeks through the mediation of the Fathers and Scholastics. Neither Aquinas nor Augustine would be impressed with the concept of “nothing” as equating to a bunch of quantum fields. The concept of “nothing” has not changed. It is true that philosophers and naturalists, especially in the time of Descartes, used to wonder whether the existence of a true vacuum was possible in the physical world; some said yes, others argued no – but nobody every had any real debate about what was meant by “nothing.”

A bigger fundamental problem with Krauss’s thinking here is that he is equating all that exists with matter. For Krauss, if there is no particulate matter, there is nothing – even if there are still fields and laws and arrangements of fields according to laws – it is matter or the lack thereof that spans the bridge between something and nothing. This is the basic premise of materialism (which we could also call scientism): that matter is all that is; that matter is the total reality of the universe.

It is, of course, an assumption. The role of science is to study matter and its properties as they are found in nature. If there is something that exists above or beyond nature, it would not be subject to scientific scrutiny. We must take it on faith that there either is or is not something called supernature. Our faith in the supernatural or in scientism may have certain “motives of credibility”, but these fall short of scientific proofs in the strict sense.

“If we wish to draw philosophical conclusions about our own existence, our significance, and the significance of the universe itself, our conclusions should be based on empirical knowledge. A truly open mind means forcing out imaginations to conform to the evidence of reality, and not vice versa, whether or not we like the implications.” [2]

It is sad that Krauss makes these statements, because in doing so he is ceasing to do true science and has become a popularizer. Krauss wants our conclusions to be based on empirical observation? Well and good. But the most basic principles of empirical observation tell us that everything that occurs naturally has a natural cause. This is in fact central to Krauss’ position – we do not need a creator God because everything that is can be explained as a result of natural processes. Again, well and good, but if matter and existence themselves are said to have natural causes, then those causes are certainly “something” and not “nothing.” If he were being truly scientific, it would have made more sense to simply say, “I believe I have discovered another level of causality in the quest for explaining the natural foundations of particulate matter.” Myself (and most theists) have no problem admitting that there are manifold levels of natural causality behind all natural phenomenon. As Aquinas teaches, God’s providence operates through secondary causes. The problem comes in when the deeper level of natural causality is arrogantly proclaimed to be “creation from nothing” when it is anything but. It is poor logic and poor science.

Equally poor is the defense of Krauss’ hypothesis by Richard Dawkins, who wrote an embarrassingly partisan afterward to the book. The same inconsistencies are inherent in Dawkins’ thinking. For example:

“Not only does physics tell us how something could have come from nothing, it goes further, by Krauss’s account, and shows us that nothingness is unstable: something was almost bound to spring into existence from it.” [3]

So, if nothing is unstable, that means it has certain inherent properties? If “nothing” has properties, such as instability, then it is not nothing, because “nothing” in the strict sense cannot have any accidental properties that inhere in it. There would be nothing for any properties to inhere to.

“The spontaneous genesis of something out of nothing happened in a big way at the beginning of space and time, in the singularity known as the Big Bang” [4]

The Big Bang is an event that is hypothesized as being purely natural. As such, it must have a cause. It is not a supernatural unmoved mover that does not admit of a first cause. In the realm of scientism, everything must have a cause, and to suggest that the Big Bang constitutes the origin of all matter and everything that exists in the universe without taking into account how the Big Bang happened or why energy was balled up in an infinitely pressurized mass (whose existence is also unexplained) is far from convincing and is a world away from “something from nothing.”

“Even the last remaining trump card of the theologian, “Why is there something rather than nothing?” shrivels up before your eyes as you read these pages. If ‘On the Origin of Species’ was biology’s deadliest blow to supernaturalism, we may come to see ‘A Universe from Nothing’ as the equivalent from cosmology. The title means exactly what it says. And what it says is devastating.” [5]

Please. As we have seen above, the “nothing” of Lawrence Krauss is not the nothing of the philosophers and theologians and the theist critique of the atheist’s inability to explain the reason anything exists remains intact. The fact of the matter is that Krauss understands that in the natural realm, creation ex nihilo is impossible. Yet, at the same time, if he is to preserve a scientist-materialist view of the universe without adopting the opposite canard that matter and energy are eternal, he has to account for it somehow. Thus, rather than admit ignorance and grant the theists the point that the origin of the universe is a very mysterious matter, he attempts to snatch the argument prematurely by subtly redefining nothing based on materialist assumptions and then boldly proclaiming that matter can spontaneously generate from nothing. It is not an argument won, but the terms of an argument redefined in order to halt any further debate.

The uncertainity principle in quantum mechanics states that quantum fluctuations in the universe’s space-time fabric will generate particles, provided those particles revert to quantum space-time fluctuations before any human observer can detect their appearance. Typically, the particles so produced must disappear in less than a quintillionth of a second. Since these particles cannot be detected directly, physicists refer to them as “virtual particles.” Krauss’s book suggests that the entire universe may have just popped into existence by the same means. But again, this theory presupposes the existence of a “space-time fabric” that operates according to certain principles. Even if we can discover that particles are produced because of this-and-that law operating in this-and-that space-time fabric or field, we are left with the question of where the principles came from and why there is a space-time fabric with quantum fields acting in it. The question is not resolved in the least, only pushed back another step.

It reminds me of an old joke I once heard: An atheist tells God, “Look God, we scientists have gotten the universe all figured out. We have mastered the secrets of nature and could even recreate the whole universe from a speck of dust.” God says, “I’d like to see that. Please show me.” The atheist gets out a speck of dust, but before he can begin, God stops him and says, “Hey, you’re gonna have to get your own dust.”

Like the atheist in the joke, today’s atheist scientists claim to be able to explain the secrets of the universe, but grudgingly demand that we grant them the one particle of dust. What Krauss has done in his book is to simply appropriate the one piece of dust for science, rename it “nothing” and claim that creation ex nihilo in a naturalistic sense is possible. But the ancient maxim holds true, ex nihilo nihil fit – “from nothing, nothing comes.”

Phillip Campbell, “Lawrence Krauss’s Nothing is Not Nothing,” Unam Sanctam Catholicam, October 09, 2012. Available online at: www.unamsanctamcatholicam.com/lawrence-krausss-nothing-is-not-nothing